Not too long ago, I rearranged the open storage shelving next to the kitchen table. I consolidated all the crafts toys in one area. I also threw away a collection of building toys exclusively acquired as toys with kids meals at Burger King that no one ever played with once they came home. I repurposed the bin to collect items from the kitchen table that I wasn't sure what to do with -- this was before the massive clearout of the kitchen table and the bin by the basement door, thus representing an unfinished task. I've since pulled out the pieces of the Playmobil desert island playset and put them all in a zippie. I also found Still More pieces from the police station Playmobil playset (in yet another zippie to go to the lovely woman who accepted that toy from us). The mermaids went upstairs with the other mermaids and fairies. Etc. I've been collecting the LED light up Tinks and Buzzes and putting them in a bowl for Teal Pumpkin offering.

I haven't blogged about everything I have decluttered -- just samples of what I have been working on. I've repeatedly redone the pen and pencil "jar" on the counter, for example, removing more and more fairly boring pens and pencils as really cool toy pens (pens that are also toys) show up around the house. This is perhaps the one with the highest play value: 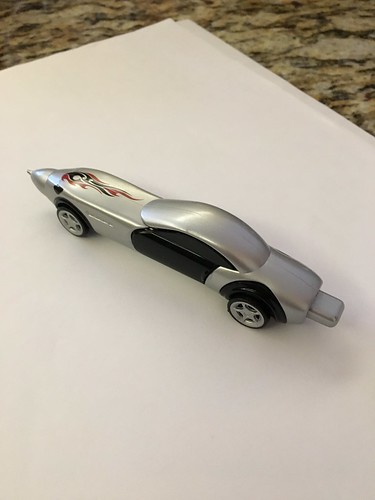 It is bizarre to me that it is this appealing. It is Crap as a friction toy. You have to pull it back repeatedly to get it to go at all, and once it does, this is about all you get out of it (I have trimmed the repeated pulls necessary to get this much). (The photo below, if you click through to Flickr, will play as a video. I tried to do the LJ embed thing and it just didn't work for me.) 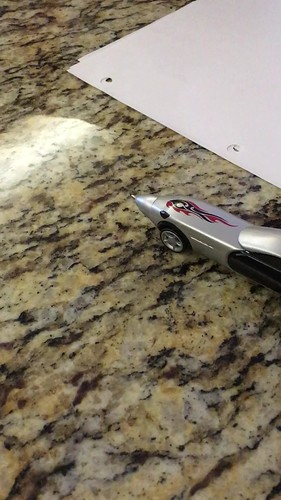 The toy dropped on the floor and fell apart. R. was able to reassemble it so it is possible altho not very likely that this thing used to work better than it does now. It is actually not a horrible pen. But you wouldn't really expect, in a house with as many things to play with as ours has, that this thing would get an hour or more of play value out of it since it was dredged out of wherever it had been hiding for the last few months or years.

T. wants me to say we will be going to Applebee's for lunch, followed by the horse. Then M. will come for a short visit and after that the T. family will come over for play date, sewing and hopefully drinks. But as I write this, this paragraph has not yet happened.
Collapse