A moment ago, the cell phones in the house went kinda nuts with a tornado warning for my area until 2:30 p.m. That's always sort of entertaining. I'll be listening for that characteristic sound, but skeptical as long as there is so very much sunshine pouring in through my windows.

Today, summer reading arrived on my kindle: the latest in the Kitty the Vampire series by Carrie Vaughn and the latest in the Kate Daniels series by Ilona Andrews. Yum! Looking forward to them, but sufficiently involved in the Vanza/JAK novel I'm currently (re)reading to not feel like interrupting it.

Also, I picked up _The Dark Side of Valuation_, because I saw the author on Bloomberg yesterday and while I don't think you'll make a ton of money following his investment advice (he's one of those people who produce what-it-is-worth estimates that guarantee you'll NEVER have a chance to buy the really good growth stocks), he is wicked smart and has fantastic perspective and great frameworks for thinking about new companies, old companies and other enterprises that are resistant to standard valuation metrics (e.g. p/e).

It is a full month of cancel! The play therapist is off to England. And various travel plans for my Dutch instructor and for me ensure that we are not going to have a lesson this month. Or see each other for social purposes, for that matter, which, sad face, but hey, September is another month.

Driving home from Littleton, where I took A. for her physical, I noticed that part of Central was closed (okay, I noticed it on the way there, but the light wasn't in my favor): 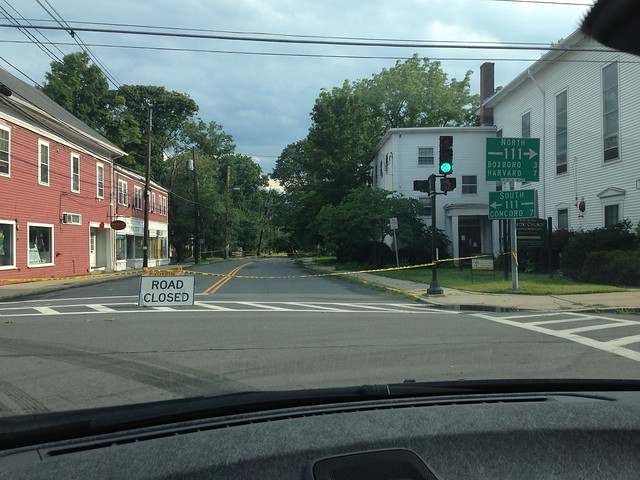 Here is some of why: 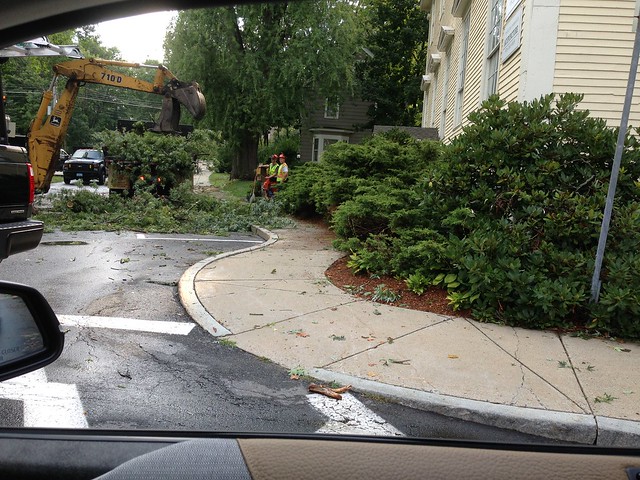 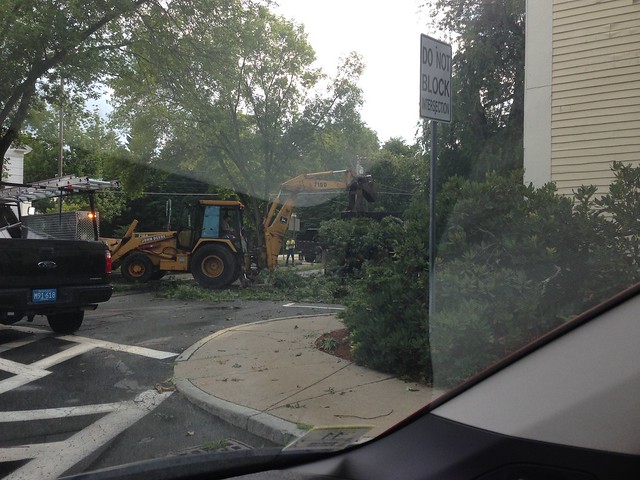 A couple trees down in Gardner Playfield in West Acton: 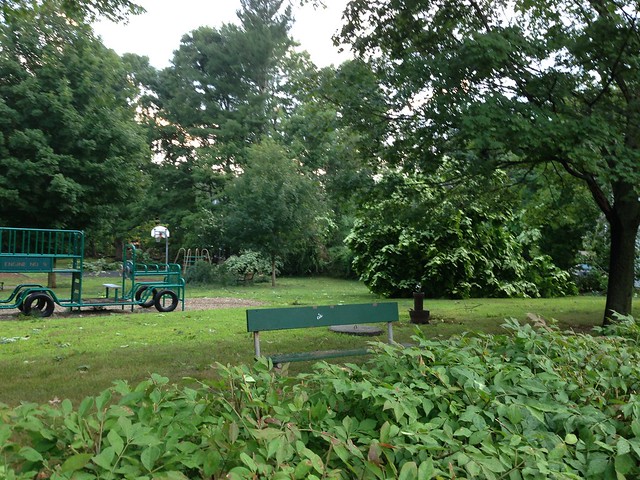 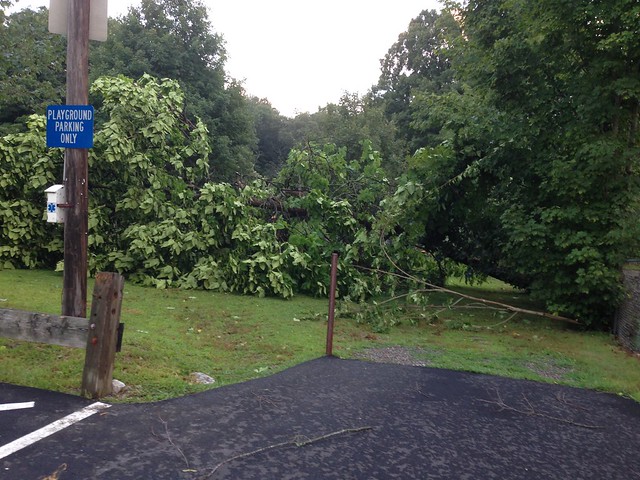 When I took this photo from the cross street between Windsor and Central, the sat truck was already gone. Dunno who he's working for: 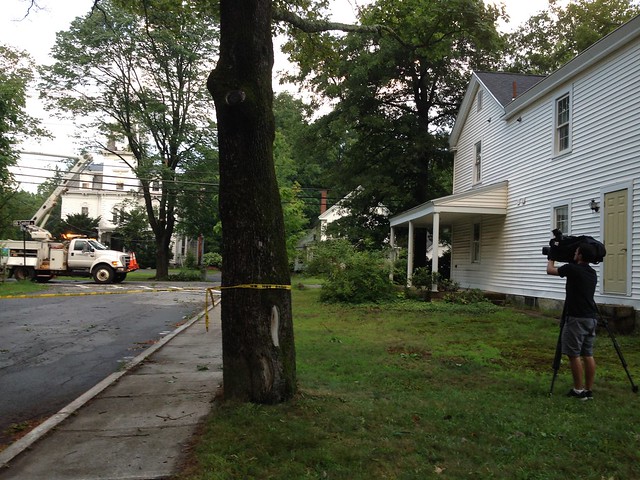 Between the in-car photos and the later ones on foot, we had dinner and dessert, including a non-dairy trifle (they had dairy free ladyfingers at Roche Bros). The fake cream is Soyatoo. 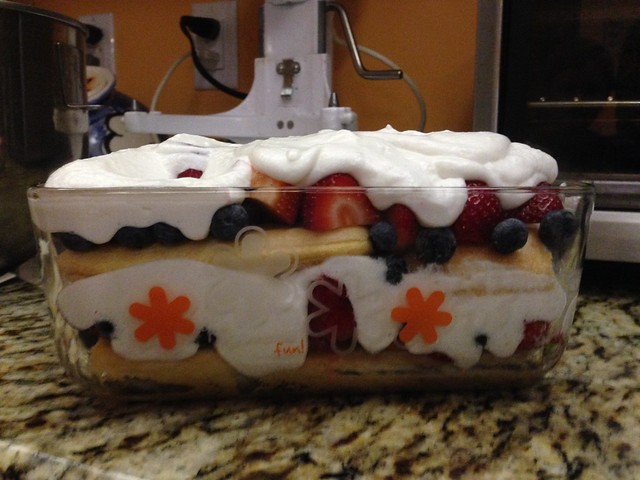 I tweeted that there was a crushed car in West Acton (true!) and a tree down on Prospect (also true -- don't have a photo because homeowner came home as I was about to snap the pic and I live across from these people and you know, awkward). That tweet beat the Beacon's _request_ for information by a full minute. But the Beacon got a photo up of Gardner before I got mine up. *pout*

Also, Dark Sky really let me down. I checked before heading out for my evening walk to West Acton (where some of these photos were taken) and it failed to tell me I was gonna be wet t-shirting it for most of the walk. *sigh* Sheltered at the gas station on Central briefly.
Collapse