A few days ago, I saw a wasp flying up through the slats of the deck. I thought, uh oh, and went under the deck and looked for a nest. Couldn't find it. I meant to tell R., but apparently forgot. Well, today, the kids (including visiting children, so I feel really bad that we exposed them to this risk) actually warned _us_ about the "bees". R. went out to take a look around and was stung on his foot for his trouble. He couldn't find the nest at first, and I watched the wasps for a while and told him to look at the corner where the stairs met the deck, and that's where it was. He pesticided it and no more wasps. At least this time, we didn't need a pro with special clothing and a really tall ladder, because it wasn't on the eaves of the third floor the way one of the older ones was.

In September 2013, I bought a Big Skinny Taxicat wallet. I had previously had a Big Skinny iPhone wallet, but I got a Speck case for my phone that also held my driver's license and a couple other cards so I wanted something smaller. Anyway. Recently, the zipper pull broke off of the wallet, but I was otherwise perfectly happy with the wallet and was happy to buy a second one. And indeed, I'd have happily kept buying them and having the zipper pull break every not quite two years for the indefinite future or until I quit carrying a wallet. But when I got the new one today, I noticed that there had been one and only one change in the wallet: they changed the zipper. The new zipper is purple, which is pretty awesome, but it is also much lower profile and thus much less likely to experience the stresses that caused the other pull to break off. It'll be interesting to see what breaks on this one.

Side by side comparison of the wallets new on top, old on the bottom (wow, it got really dirty): 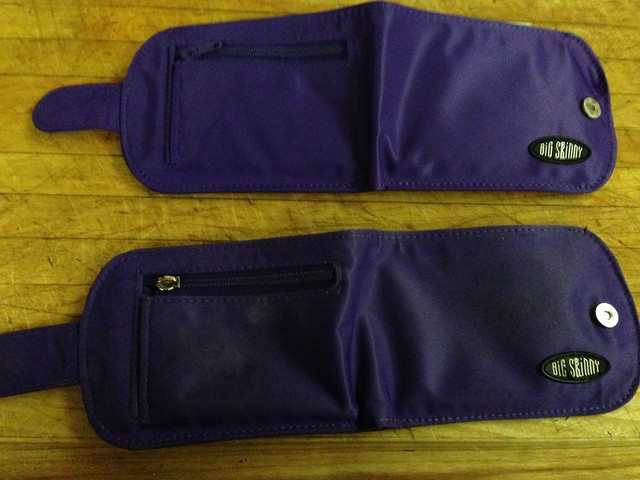 And this one has them overlapping to show the zipper difference better: 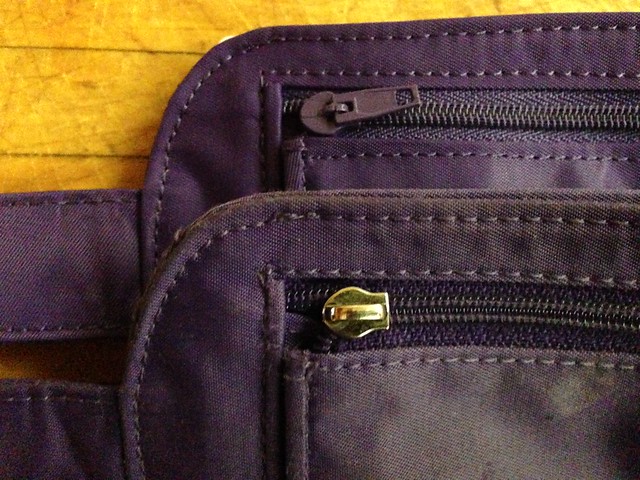 I fully approve of a company so on top of its game that when its product breaks and I reorder it, _they've already taken action to correct the flaw in the product_.
Collapse