The living room spot next to the chair. Clearly, I need to get that wall damage fixed and adjust the artwork
on the walls. 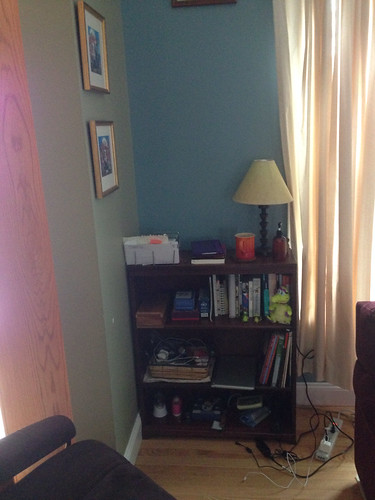 A bigger view -- I think the fit is a lot better because it is not such a huge piece of furniture (and now that I have an office on the 2nd floor, I no longer feel a need for one on the first -- I'm okay with going up and down one flight of stairs over and over. 2 to the 3rd floor means I just don't both to put anything away and the stack gets crazy). 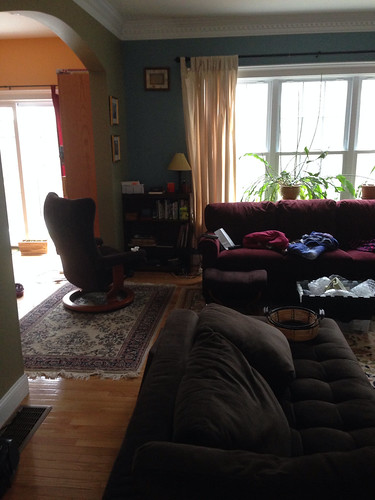 Alas, I haven't been able to get the drawers out of the lateral file and am not sure I can get it up the stairs. I may try later if I come up with a Clever Plan. I got it down the hall with a cart. 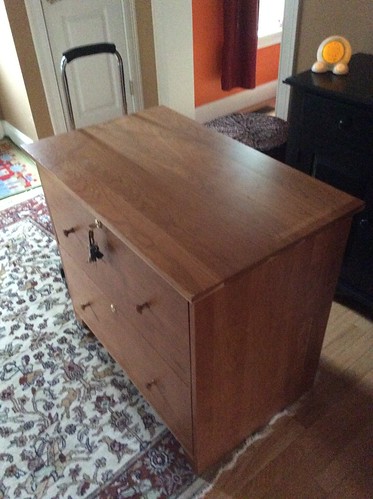 These need to go upstairs with the file. 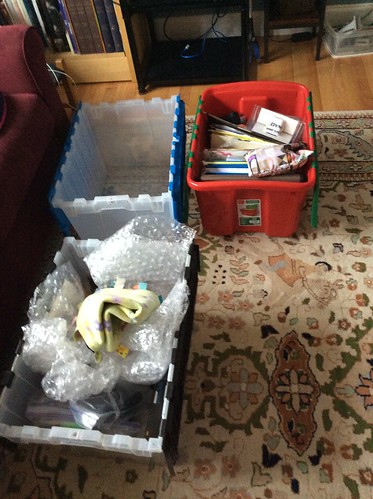 ETA: I had a Clever Plan, but it wasn't clever enough. I was going to try pushing the file up the stairs by turning it upside down. Alas, it was still too heavy for me to have confidence I would make it all the way up the stairs. This one will have to either be done by R., or jointly. That thing is _heavy_. 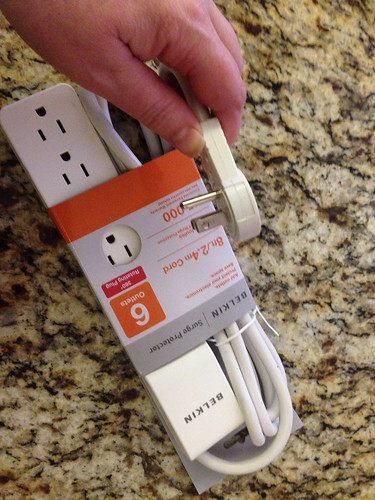 Uber is on Bloomberg describing the launch of their courier service. I find this quite hilarious, because when R. and I and T. were moving from Seattle to New Hampshire in the fall of 2006, we had a little situation involving a key that I had at our hotel that was needed at our soon-to-be-ex-apartment across Seattle, and the taxi driver and I could not for the life of us get the car seat into the taxi. Also, T. was not cooperating. Partway through, the driver just looked at me and said, wait, what do you need to do?

Needless to say, I gave the driver the key, R. paid him on the other end (with a sizable tip) and everyone was happy.

I also know a bunch of people who have rolled their own delivery service for restaurant takeout by using a taxi to go get the food for them.

As near as I can tell, Uber's main addition is the app, ability to track, and name recognition.

I like to think of this as, why the hell should I have to go there to get that, why can't it just come to me? -- one of my major life themes.

ETA: Uber is not silly; they are well aware of this and realize they are marketing and organizing something that people are already doing with their existing service.

Today, A. and T. went to school. While they were there, I moved furniture. I also walked with M.

When they got home, we went to Roche Bros. on the scooters. We bought cupcakes and sprinkles.

Afterwards, I made dinner. R. and T. went to Julie's Place for dinner. T. got the usual: chicken, fries and apple juice.

At school, T. had indoor in the classroom recess. He apparently had chicken nuggets for lunch as well as dinner. He had an apple for snack. There was a cookie for dessert with his chicken.

He did Touch Math with S.

ETA: We scootered to the store because T. didn't want to go and A. was unhappy with the cupcakes at home. She wanted chocolate frosting, but the store was out the last couple times. _A._ suggested that we scooter and T. was all over that. So I put the bike on my scooter and off we went. They were mostly well behaved. They only had chocolate frosting on chocolate cupcake, full size not mini, which is unfortunate because those kind don't have sprinkles and A. wanted sprinkles. After looking all over for the kind she wanted, and failing, I suggested that we buy the chocolate chocolate no sprinkles cupcakes and buy sprinkles to put on top. This was satisfactory and we returned home. I made sort-of chicken cacciatore (it was with chicken breasts, so really not legit and honestly just not as tasty but acceptable as long as you recognize its limitations) and opened a bottle of wine, which was Erath with a screw top and of course I didn't realize it was a screw top because it's been that long since I opened a bottle of wine. *sigh* Throw away busted cap; get the stopper. It's all good.
Collapse